'None of us is as good as all of us'. Maestro Tabaréz 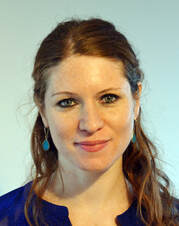 
Carolina Rezaval- Group leader
Carolina was born in Patagonia, Argentina. She received a Masters and Ph.D. in Biology from the University of Buenos Aires. During her Ph.D. in the lab of Fernanda Ceriani, she identified genes underlying neurodegeneration, ultimately affecting circadian behaviour in Drosophila. She did her post-doctoral research at the University of Oxford, where she studied the genetic and neural basis of innate sexual behaviours in Drosophila. As a BBSRC researcher co-investigator with Prof. Stephen Goodwin at Oxford, she studied how the brain differs between the sexes, and how these differences explain distinct behaviours shown by male and female flies. Carolina won a Birmingham Fellowship to start her independent research group in April 2018. She  lectures and supervises in Neurobiology. Watch a 3 minute video about Carolina's past work here. 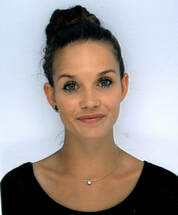 Laurie Cazale (Marie Skłodowska-Curie Post-doctoral Fellow)
Laurie obtained a Research Master in Neuroscience, Cognition and Behaviour from the University of Toulouse. Her scientific interests have focused on understanding how sensory and social experiences occurring during early developmental stages impact the expression of social behaviours in arthropods.  For her PhD, Laurie joined the lab of Jean-François Ferveur, University of Burgundy, Dijon, where she addressed this question using Drosophila as a model organism. Taking advantage of sophisticated neurogenetic tools available in fruit flies, she studied changes in adult behaviour following exposure to pheromones during larval stages. As a post-doc in the lab of Carolina Rezaval, she is looking to deepen her understanding of the neural mechanisms underlying behavioural decisions. She recently won a prestigious Marie Curie fellowship to continue her work in the lab. 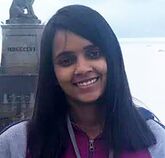 Saloni Rose- Darwin PhD student
Saloni is from Kalpakkam, a small town in southern coast in India. She obtained her BS-MS degree from Indian Institute of Science, Education and Research, Mohali. For her master's thesis, she worked on transcription factor CRH-1/CREB-1 and its role in long term memory formation. More broadly, she wants to understand neural circuits underlying complex animal behaviour and decision making. Saloni was awarded a Darwin fellowship to do a PhD in the lab focused on understanding how bacterial infections affect mate choice decisions in fruit flies.

​Molly Gracey- MIBTP PhD student
Molly was born in Enniskillen, a small town in Northern Ireland. She graduated from the University of Manchester in 2020 with an MSci in Pharmacology. During her MSci she worked on the reversal of cognitive symptoms in schizophrenia through exercise, using rats as a model organism. Molly was awarded an MIBTP scholarship to do a PhD studying decision making in Drosophila. She is excited to broaden her skill set to working with Drosophila, and learning more about their behavioural choices, and  underlying neural mechanisms. 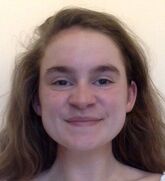 ​Megan Day- MIBTP PhD student
Megan completed her Msci project in the Rezaval lab, looking at how the brain makes decisions when faced with conflicting options. She was recently accepted into the prestigious BBSRC-MIBTP programme to do PhD in the lab. 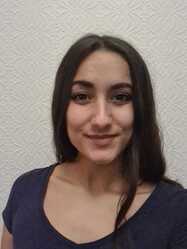 Shay Glasgow- Research Technician
Graduated with a BSc hons in Zoology and has just completed a Masters by Research in Molecular and Cellular biology at the University of Birmingham. Her first project  with professor Hidalgo focused on using molecular cloning techniques to construct plasmid vectors for CRISPR Cas-9 mediated gene tagging of Drosophila neurotrophins, facilitating the structural and functional study of neurotrophins in the fly brain. During her second Masters project she worked with professor Colbourne in the environmental-Omics lab. Using bioinformatics and comparative genomic techniques she phylogeneticly infered the molecular and functional evolution of the regulation of lipid metabolism by Ppar alpha, a key pathway of lipid biosynthesis associated with hepatic disease. 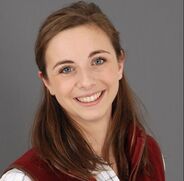 Lauren Blackburn- Research Technician
Lauren graduated from the University of Worcester with a BSc in Human Biology and from the University of York with an MSc by Research in Neuroscience, supervised by Sean Sweeney and William Brackenbury. During her MSc, Lauren investigated the function of tipE, a putative Drosophila orthologue of the mammalian voltage-gated sodium channel β1 subunit. This was achieved by evaluating Drosophila mutants in both behavioural and electrophysiological assays.

​George Yerou- MRes student
​George attained his undergraduate degree in Biological Sciences at the University of Leicester. Here he developed a keen interest in behaviour and cognition, exploring this area from a multitude of  both mechanistic and evolutionary perspectives. In the Rezaval lab he will be studying how sex and reproduction shape the brain and behaviour of Drosophila melanogaster.